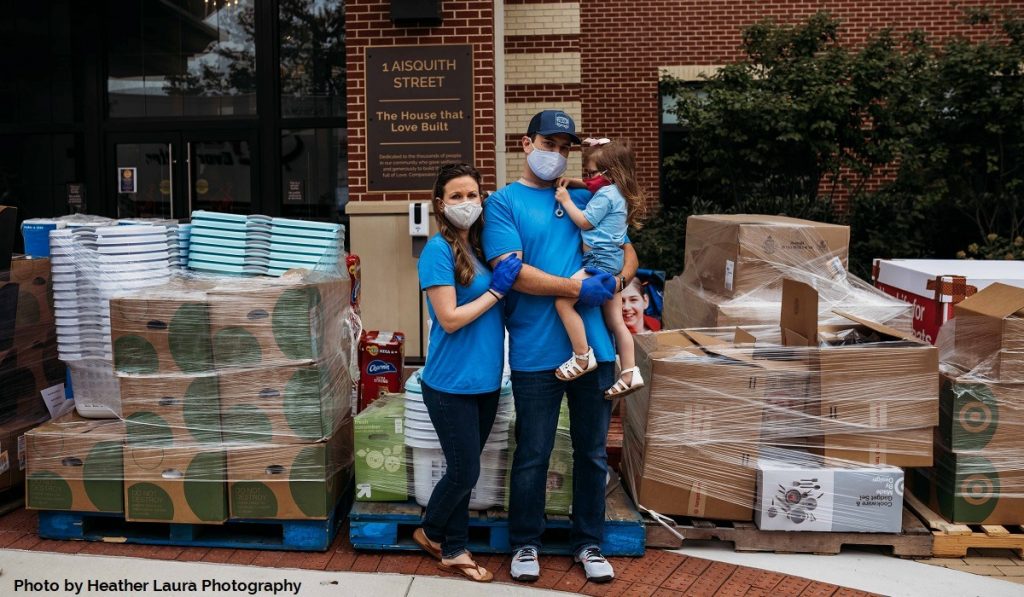 A few weeks ago, we were the lucky recipient of the first Roll with Ryder Wish List Drive drop-off – all in memory of sweet Ryder – which raised more than $27,000 for the current and future families staying at RMH. His parents Devi & Matt, along with their daughter Avery and extended family took a few moments to celebrate Ryder’s legacy of Hope and Love that will be felt by all of us for a very long time. When the Ryder truck pulled up to our House with boxes upon boxes of Target household items, it was like Christmas morning! We can’t thank everyone involved enough for their support in making this happen and look forward to our future partnership! Check out this interview from WMAR to relive some of the magic from this morning. 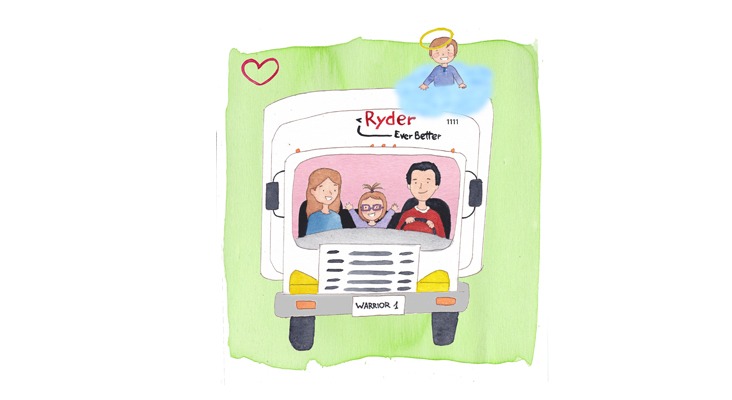 To celebrate and honor their son Ryder’s legacy, his parents Devi and Matt are raising funds for the Roll with Ryder Wish List drive to benefit the Ronald McDonald House Charities of Maryland. During a routine 36-week sonogram, Devi and Matt received news no parent wants to hear: their son, Ryder, and their pregnancy were in jeopardy. That night, during the dark, rainy, and tearful journey to Johns Hopkins Hospital, a Ryder truck pulled directly in front of the family van and the headlights illuminated, “Ryder, Ever Better.” To most, the truck was simply a truck, but for Devi and Matt it was a beacon of hope. That truck led them all the way into Baltimore, strengthening their hearts and calming their fears.

Two long and stressful days later, Devi and Matt’s beautiful son was born after a 2.5 hour event led by 45 surgeons that can only be described as a miracle. Four weeks later, on May 11, 2019, Ryder Franklin Conley, was called back to heaven, leaving behind a legacy of hope and love.

On September 18, the same Ryder truck that gave hope at the beginning Devi and Matt’s journey, will deliver the donated items to our House. Read more about Ryder’s legacy and the inspiration behind the Roll with Ryder Wish List drive. You can also make a donation directly to the drive and help Devi and Matt fill the truck with much needed items to support our families.

Thursday night, the 26-foot-tall red heart on our rooftop turned blue in honor of frontline and essential workers as a special thank you for supporting – not only our families – but all of us throughout the COVID-19 crisis. And it will stay blue until we’re safely able to welcome everyone back through our doors here at RMH!

We know the COVID virus has turned everyone’s lives upside down. But for the families who stay at our House, their lives were already turned upside down. That’s why it’s more important than ever for us to continue to be there for them so they feel loved and nurtured and get the care they need.

Frontline and essential workers have been instrumental in making this possible so we hope you will join us in sending love and appreciation to everyone out there, especially those working through this crisis. We believe everything will turn right side up in time, but until then, our big blue heart will continue to shine.

Check out our big beautiful heart on the cover of the Baltimore Sun, in this gallery of photos with landmarks lit blue and this article with more details and an interview with RMHCMD President & CEO, Sandy Pagnotti.

RMH is proud to announce that our President and CEO, Sandy Pagnotti, has been named one of The Daily Record’s Most Admired CEOs!
“Those who are honored as Most Admired CEOs have gained the respect and admiration of those around them. They are making a positive impact on the lives of others professionally as well as through community volunteering and mentoring,” said Suzanne Fischer-Huettner, publisher of The Daily Record. “Most Admired CEOs are recognized not just for their professional achievements but because they are truly admired by their peers and employees.”

It’s a VERY exciting time for the Ronald McDonald House Charities Maryland as we anticipate the opening of Our New House this spring. Check out some of the news coverage for more information:

We’re gearing up for our 8th Annual Red Shoe Shuffle 5K Run & Walk on April 7th! It’s our last lap at Lexington so we’re celebrating all the love our House has brought to families for the last 37 years before we move to Our New House later this spring. Check out some of the amazing coverage leading up to the shuffle and don’t forget to sign up!

Our Team sings their hearts out on WJZ’s Manic Monday

The Baltimore Skyline is a bit more LOVE-LY with the addition of the Big Red Heart on the New Ronald McDonald House! Now, anytime you’re in the city, you’ll be reminded of the LOVE that keeps our House feeling like home to our families. Read this blog from the Baltimore Sun for more information.

Over the past year, more than 100 artists from around the country have generously donated 200 pieces of art to decorate the New House as part of our All You Need Is Love campaign! Thanks to these talented artists, the walls of the new Ronald McDonald House Charities Maryland will be adorned with artwork that spreads joy, happiness and a little whimsy so families and their children who stay at the House can smile a bit brighter. The art covers all mediums from painting to collage, photography, quilting and quilling with the themes of love, hearts, family and children. The pieces will be placed around the House on all three floors where families will be staying. Watch this clip from WJZ to learn more and read this article from the Baltimore Sun for all the fun details! 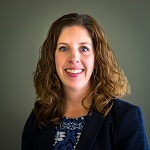 Ronald McDonald House Charities Maryland is pleased to announce that it has hired Kimberly J. Fusco, CPA as its Director of Finance and Administration. In this newly created position, Kim will handle the daily financial operations of the House and be a strategic-thought partner. Kim joins Ronald McDonald House Charities Maryland after many years at Ellin & Tucker, a prestigious Baltimore accounting firm. END_OF_DOCUMENT_TOKEN_TO_BE_REPLACED