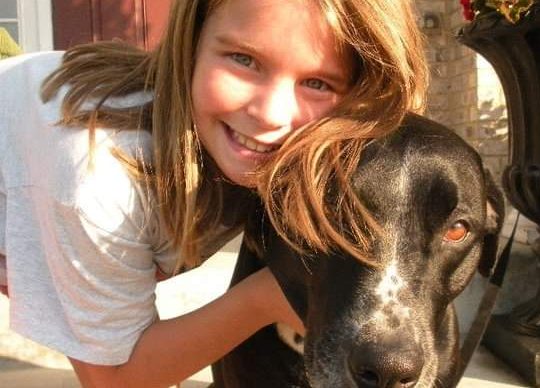 This is the story of 19 year old Ashley Dixon, in the words of her mom Kathi.

Since the day she was born, I knew Ashley was going to be a fighter. I spent much of my pregnancy on bed rest after almost losing her several times. After I gave birth to her, my doctor told me it was a miracle she was alive. There were 7 knots in the cord; her saving grace was the length of it.

At about 18 months, Ashley drank engine block sealer while standing next to her father at Pep Boys. If not for the quick response from her father, she would have never made it out of the store. The doctors told us she would not make it through the night. I am most grateful to say she is the first known person to drink this product and survive. The next several years were hard on our family in many ways. Finding a doctor to care for Ashley was impossible, as there was no treatment. Many doctors flat our refused to take her on as a patient. For the first five years of her life, if she got overly excited, happy, sad or mad, she would start vomiting, making it difficult for her to be the normal, playful child that she so badly wanted to be. Through all of this she always had a smile on her face.

At age 10, Ashley’s health really took a turn. She began fainting and spitting up blood. Doctors had no idea why this was happening. This ended in an 18 day stay at Children’s Hospital in DC.

A month after getting out of the hospital, Ashley began to have a burning pain throughout her body. Her nerves were rapidly misfiring and sending out pain signals to her brain to the point that even wearing clothes became extremely painful. It wasn’t until this happened that Ashley was finally referred to a cardiologist. Just five minutes into her first appointment with him, he diagnosed her with Postural orthostatic tachycardia syndrome (POTS). By the time she turned 12, she had been diagnosed with POTS, gastroparesis, visceral hyperalgesia, asthma, amplified musculoskeletal pain syndrome, Ehlers-Danlos syndrome, and migraines, just to name a few.

That May, Ashley began losing the feeling and use of her foot. It started in her toes and slowly made its way up to her mid-thigh. Due to this loss of use of her leg and her fainting, she was put in a wheelchair. Over the next five years she became entirely dependent on her chair as her strength, and loss of use in her limbs and body increased. She was eventually relying on a feeding tube just to eat.

Ashley was 17 years old when the doctors told me that the pain and constant vomiting are her new reality. They had no explanation for it, and there was nothing more they could do. I would not accept that.

Three weeks later, and full of hope, we went to Johns Hopkins Hospital looking for answers. After about 3 months, we met the two doctors who would save Ashley’s life. Ashley was moved from the world of pediatric medicine to the adult/geriatrics pain program floor.

Once we had Ashley’s medical plan in place, we were given a room at Ronald McDonald House in Baltimore. It was here that we found support and an outpouring of love from people whom we had never met before and who, in the beginning didn’t even know the girl I had spent years fighting for. It was here that we found people who understood the daily struggle we were going through. It was here that I began to realize just how tired I was. Years of fighting takes a toll on a body. It was here in this place where there are countless hugs, people to talk to, and shoulders to lean on that I began to feel like myself again.

During our stay at JHH and RMH, several major discoveries in Ashley’s health were made. Ashley almost did not make it to her 18 birthday. She became so thin you could see her every rib, every bone, her skin had taken on a dull grayish tinge and her lips a blue gray color. She weighed 89 pounds. That’s when she was diagnosed with colonic inertia. Her colon did not work at all. She was also diagnosed with a new autoimmune disease called JAG A, which is currently being researched. The largest discovery of them all was Guillain Barre Syndrome-The Miller Fisher Type. This is when your immune system does not recognize your nervous system as belonging in your body and begins to attacking it. The Miller Fisher Type often leads to paralysis and in many cases death. These diseases were “fighting” each other causing her health to further deteriorate rapidly.

The doctors at JHH developed a treatment to keep Ashley alive. After months of treatment, my daughter now walks. When she took some of her first steps in front of me I cried. Everyone told me, “you should be happy!” My response was, “I am, I’m just trying to decide which set of first steps mean the most, her first ones or these.”

Ashley’s medical journey is not what defines her… No, what defines her is what she has done with it. At 17 she started a program called warrior glam bags. She collects new donated make up and bags and gives them to children’s hospitals for other chronically ill girls.

Through all this Ronald McDonald House Maryland has been refuge for us. Not only have the people there become family, they understand the children that enter. This House is truly unique in the understanding of not only the medical needs of the children that enter but maybe more importantly, the emotional ones. Everyone at the RMH is always ready with a smile and a hug.

I grew up hearing the slogan, “The House That Love Built” and thought how great, and always threw some money in the little box at McDonald’s Restaurants. I never really understood the depth of what it actually means. And now with the new RMH, I look around and all I can see is love. Love on the grandest scale…

On behalf of the all the families who are here, have been here, who will be here thank you from the bottom of our hearts! Know you have touched each one of us. We know our children are not forgotten and are loved by people who have never met them.