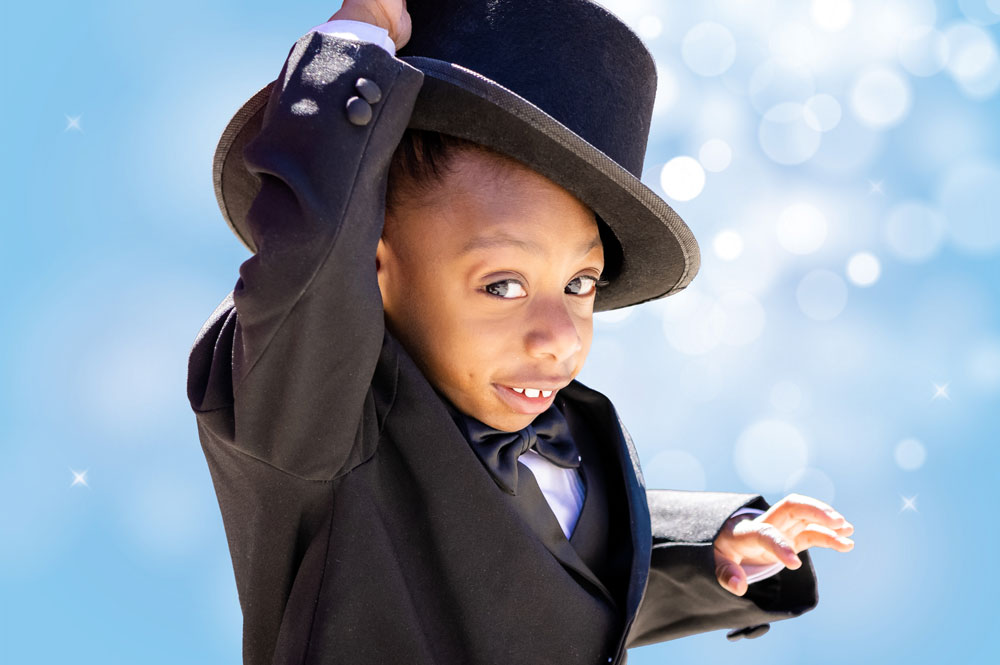 My husband and I had been together for 10 years when we found out we were expecting our first child in 2016. Unfortunately, we miscarried at seven weeks. Miraculously shortly after, we were expecting again! My heart was full of joy and I testified in the doctor’s office that I was going to have a boy as well as carry him full term! I knew God had chosen this baby for us and we immediately named him Chozin with an emphasis on the “zin.” I was told by the doctors to take it one day at a time considering I just miscarried, but I knew in my heart I was going to persevere through my whole pregnancy and bring home a baby boy.

My pregnancy went well and before I knew it, I was 41 weeks and admitted to the hospital being considered high risk because I was thirty-five years old. My water broke on a Thursday night and I didn’t have our son until that Sunday. Four days in labor and Chozin wasn’t breathing when he was delivered. Several nurses immediately came to work on him and found out that he swallowed his meconium. My son was rushed to the NICU after I was only able to get a glance at him. I was alarmed and confused. Chozin was 7 pounds exactly. I saw my son for the first time with multiple tubes and wires covering his little body. Our son was diagnosed with acquired microcephaly that day. Chozin stayed in the NICU for four days and we left the hospital without him.

When we were finally able to bring him home, Chozin had difficulty gaining weight and he wouldn’t latch on to nurse or drink from a bottle. At four months he was referred to an Infants & Toddlers program by his neurologist. He immediately started physical, occupational, and speech therapies. After Chozin had his six-month well-visit appointment, he was admitted to Children’s National Hospital for failure to thrive as he was only 12 pounds at six months old. The doctors decided to perform gastrostomy surgery (G-tube) on him since he wouldn’t eat on his own. Chozin had his first seizure on March 14, 2019 and was admitted to Children’s Hospital again. Later that year in December, Chozin was enrolled into the Kennedy Krieger feeding program. While attending the program, we were blessed to stay at the amazing Ronald McDonald House!

RMH is truly magical, and you can feel the love as soon as you walk in. You feel at ease and worry free. It’s a home away from home! Everyone there was welcoming, nice, and engaging, from the volunteers to the staff and patients. Chozin successfully completed the feeding program being able to eat purée foods after staying at Ronald McDonald for two months. In May 2020, after further genetic testing, Chozin was diagnosed with mandibulofacial dysostosis with microcephaly, which is an extremely rare condition with fewer than 60 cases reported worldwide! Also, in May, he was diagnosed with epilepsy after having three additional seizures.

Chozin has continued to defy the odds and makes considerable gains hitting his developmental milestones at his chosen pace. In March 2021, Chozin came back to Kennedy Krieger for the specialized transition program. We were blessed to stay at Ronald McDonald again. It was wonderful to reunite with staff and volunteers who are now family to us!