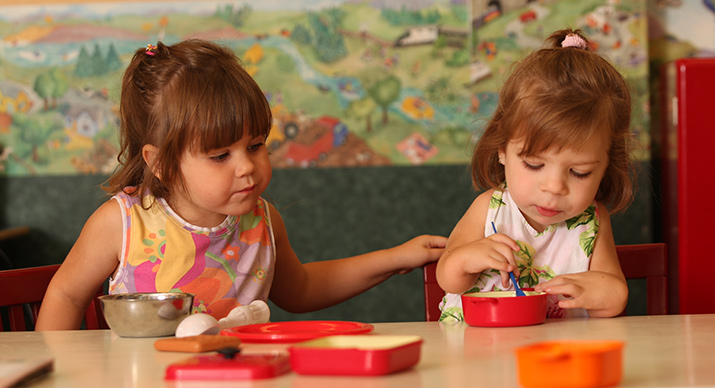 Elizabeth arrived at the front door of our Ronald McDonald House and we instantly knew.  Elizabeth would be the hope, the inspiration, the joy that would envelop us and heal us.  Her short life has become an unparalleled story told here in her mother’s words.  You too, will soon love her!

On Friday August 13, 2004, we (Chris and Lisa Gardner) had a level 2 ultrasound at 20 weeks of Lisa’s pregnancy, to rule out a possible hereditary disease that Chris was diagnosed with as a child.  Following the ultrasound, the technician brought us into the doctor’s office where we were very bluntly told that our child had no arms, lobster claw hands, possible Down syndrome and scrambled toes.

An appointment was set up at Children’s Hospital of Philadelphia (CHOP) for the following Tuesday for more testing. Needless to say, that weekend was the hardest of our lives as we faced the unknown. We didn’t know what to do or what to think. If the tests were right, we basically had to mourn the loss of a “normal” child and reset our minds to what might be. On that Tuesday, Lisa was subjected to a full day of tests (ultrasounds, MRIs, genetic questions, the works). It was an emotionally and physically exhausting day.

We met with the genetics team at the end of the day. They told us what they thought the baby had was TAR Syndrome (Thrombocytopenia Absent Radii), meaning low platelets and no radius thumb side bones in both arms, plus a whole host of possible other medical issues that are associated with this syndrome. We can never forget that day.  The prognosis was simply put, horrific.  Basically they showed us a book that we had to blow off the dust it was so outdated, with pictures of all these deformed children. They told us that the baby, (we didn’t want to know boy or girl until delivery), probably would not survive the pregnancy, and if by some slim chance it did survive it had an even smaller chance of surviving delivery. They said when it was born they would wrap up the baby and they would comfort it until it died. In the remotest chance the baby survived both pregnancy and delivery, more than likely the baby would not survive the first year of life. We were devastated.  The physician then told us that if we wanted to abort, we had to decide quickly (within 48 hours) because we were getting close to it being too late in the pregnancy.

We were scared, confused and just plain overwhelmed. We knew in our hearts God chose us for a reason to have this child and it was our responsibility to walk by faith and follow through. As this baby’s parents we went home and immediately got on the internet to research what we were facing.

Battered and bruised, but with a determined heart, Elizabeth Faith was born on December 16th 2004. Even though we opted for a Cesarean to avoid any trauma during delivery, she arrived looking like a prize fighter. Nonetheless, she was the most beautiful thing any parent could have seen.

She was immediately admitted into intensive care where she stayed for 7 days. She was born with platelets of 7,000 (normal is 150,000-300,000) so she received two transfusions before leaving the hospital.  Any bump or bruise could lead to severe injury or even death with platelets that low.

For the first 6 weeks, life was normal. But late one night she was sleeping and sneezed and got a bloody nose. We went to the Emergency Room and ended up staying for 3 days. She had a fever and wasn’t getting any better. To diagnose her, a team of physicians had to do 6 spinal taps where Chris would fold her in half as she screamed in pain when they stuck the needle in her back. The pain she felt was equaled in Lisa’s heart just knowing what she was going through. Lisa just couldn’t be there for that. With lots of care, Elizabeth finally got better and was finally sent home.

Her first 18 months were spent mostly in and out of the hospital. We spent countless days and nights there for various procedures, infections, viruses, and multiple platelet and whole blood transfusions. By the time she turned 18 months she had almost 100 transfusions and 6 surgeries, including a neurosurgery to repair a tethered spinal cord, 2 central lines inserted and removed and a pic line insertion.  In fact, we sometimes referred to it as the “Elizabeth Gardner World Hospital” tour.

After all of this, her blood issues seemed to level out and the rate at which she received transfusions went from every few days to once a month and then not at all except for surgeries. She had started making her own which was huge progress. We hit a lull and were able to move back into our house full time again.

Elizabeth was born with no ligaments or tendons and a ball and socket joint in both knees. She also had a 60 degree bowing on both legs and walked on the sides of her feet facing inward. We were being followed by Orthopedics at CHOP but felt like we needed a second opinion. We traveled to Sinai Hospital in Baltimore, MD in April 2007, which was the best decision we ever made. The surgeons at Sinai were very willing to listen to us and made the correct recommendations for a surgical course of action.  Without these recommendations it is very possible the bowing would have continued and she would have lost her ability to walk.

Since coming to Sinai in August of 2007 she has had 8 surgeries on both left and right legs; three external fixators (Taylor Spatial Frames); 5 casts and a slew of orthopedic contraptions (braces, splints, etc.). After all this, and numbers of hours of Physical Therapy (PT) ranging in the hundreds, Elizabeth’s legs are straight and strong. She no longer has pain in her legs from just trying to do what most children take for granted.  She has had one goal all of her life…to just be a kid. We owe her childhood to the surgeons at Sinai Hospital. Without them, she may not have been able to walk and lost out on just being an ordinary kid with ordinary interests.

Elizabeth’s surgical journey is far from complete. She also receives Occupational Therapy (OT) for her hands and arms to help with strength, dexterity and function. In the future we are planning on different surgeries to give her better reach, strength and functionality to increase her already problem-solving determined independent self.

We met with our Pastor the weekend we found out about Elizabeth’s condition. He told us that we were lucky because we would see miracles in her every day, and that we would get to appreciate what most people take for granted. He was very right in so many ways. We thank God for her everyday and can’t wait to see what Elizabeth has in store for this world.

After completing a 6 month stay at the Pediatric Day Program for PT and living at the Ronald McDonald House (RMH) in Baltimore the entire time, she is stronger and more functional than when she started. She still has work to do but approaches everyday with the same determination and love filled heart she came into this world with.  We see miracles everyday in her and in other places.

How can you ever thank people who made it possible for our family to concentrate on Elizabeth’s therapy and nothing else? We made lifelong friends and found an amazing place where people come in experiencing fright and sorrow and through it all find that hope and joy prevail.  That is the goal and mission of the RMH, a special place. The children that share the RMH home are all miracles. To have one place where all of these children can learn, grow, and just be kids without judgment…. that makes the Ronald McDonald House a miracle in itself.