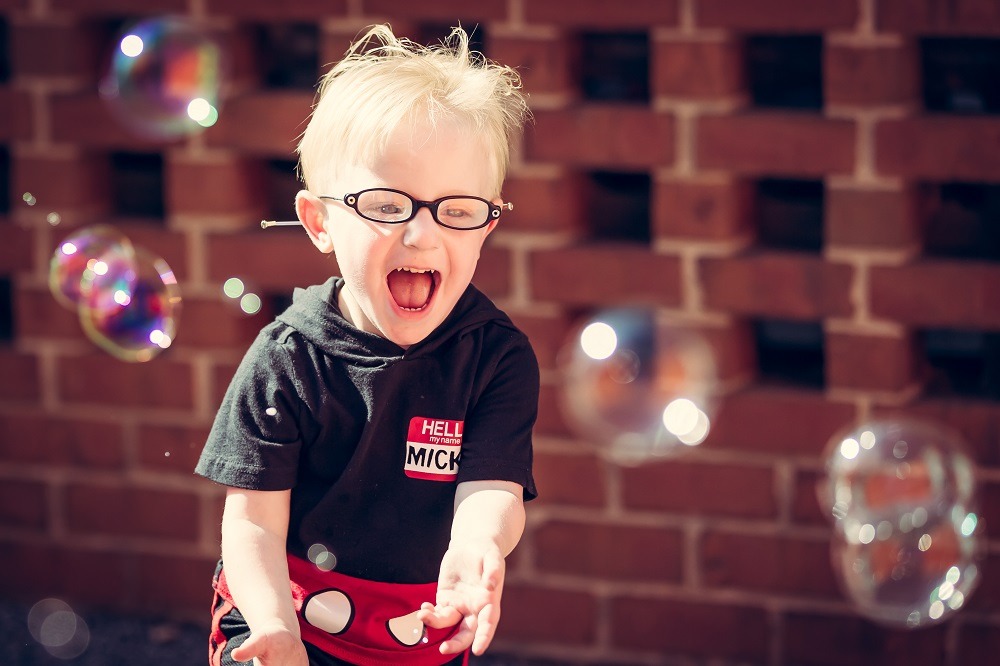 Do you ever think what if? What if I hadn’t told the doctors to do whatever they could to save my baby? Life would be so much different; no scheduling our life around doctors and therapy, or days at a time away from our family. It would be a different world, but one where I wouldn’t meet the most amazing people, have the most incredible experiences, and learn about the real kindness of people. It changed my outlook on life. I found out what the most important things in life are and what I took for granted. I learned a new “normal,” and as I look at my beautiful four-year-old with the smiles and thumb ups, I know I made the right decision.

My husband and I had never left our kids until July of 2013 when I was admitted to a hospital two hours away from home after experiencing pregnancy complications. I was diagnosed with intrauterine growth restriction meaning that the baby wasn’t growing. I was tested by ultra sound every day to see how my baby was doing. If the baby was in distress, I would have an emergency C-section. After two and a half weeks in the hospital, that fateful day came. My son, Toby, was born July 23rd exactly three months early. He weighed 1 pound 2 ounces and was 11 inches long. His siblings named him Toby Alexander instead of Rainbow Sparkles or Hot Dog which was my four year old’s choices.  For the first 24 hours, I could not see my son; he was in the NICU on a vent and struggling for life, while I battled a side effect of the medicine they had given me. The first time I saw Toby the nurse said, “In the NICU, it is one step forward and two steps back and things can change in an instant.” I didn’t know exactly what she meant but I would soon learn.

Toby was so little smaller than a 20 oz. soda bottle yet trying to survive. His eyes were covered, his diapers like a tissue, skin translucent, I was afraid to touch him. My family came to visit and our kids saw their little brother for the first time. They didn’t see all the problems Toby was battling; they just saw the little brother they were waiting to love.

Each day was a struggle. I learned that a good weight was one maintained over days and that poop was good, it meant no blockages. Every day we survived we were getting stronger. Then Toby got an infection, and I remember driving away from the hospital wondering if I would ever see him alive again. We prayed God would protect him and he would survive.

I wasn’t able to hold Toby until September 7th, and remember being so scared of how any germs would affect him. But Toby continued to progress and each day brought hope. He still struggled to breathe and had a very hard time being weaned from his oxygen.  He spent his first Halloween in the NICU dressed as a pumpkin. Our family would visit as often as they could. My kids read to their brother, we learned how to make duct tape art and played games. We were just there being a family.

Finally, the day came when we could take Toby home. Since he was still dependent on oxygen, we would go home with oxygen and an apnea monitor. We had our house equipped with all medical equipment, our family trained on it, and we were all ready.

Our first night out of the hospital, we stayed at the Ronald McDonald House (RMH). The staff at RMH got their first glimpse of Toby, on oxygen and his apnea monitor, which the hospital told us he would have for about six weeks, but continued for a little over two years.

Our first night at RMH, there was a photo shoot where the kids would dress up as super heroes and little did I know, they were all super heroes in some way. My kids were smiling, happy and could talk to other kids who understood their situation. For five months my kids lived double lives, half in their home and half in their home away from home at RMH. They know our story, they know our lives, and they are our family.

Toby is now a happy, smiling four-year-old who loves Mickey Mouse. He is nonverbal, wears glasses, and has multiple challenges, but those challenges are nothing compared to what he has been through or what our family has endured.

So while I would never wish our story on anyone, it has actually made our family stronger. My children have learned the kindness of strangers and the importance of giving back to a community that gave so much. They have learned about a House That Love Built, and most importantly, they have learned unconditional love.